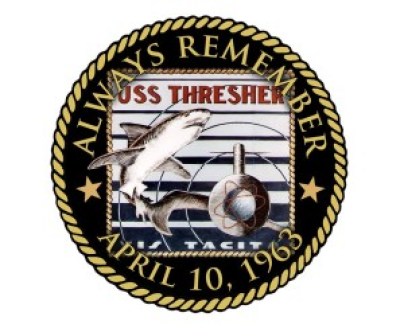 On April 10, 1963 at 0917 the USS Thresher (SSN-593) transmitted her final chilling message: “Exceeding test depth.” Moments later her hull imploded and 129 submariners and shipyard workers lost their lives. The implosion reportedly occurred in 0.1 seconds, too fast for the human nervous system to perceive. For the sake of those lost souls, I’ve always hoped that is true.

Sailors rest your oars, your brothers have assumed the watch.