Spent four days in Vegas over the holiday weekend. Traversed 33.3 miles of casinos and bars and flashing lights. The average temperature was 101 degrees. I didn’t read nearly as much as I planned, so my reviews of “New Hope” by Steve Hobbs and “The Bull” by Erica Crockett will be delayed. Although, I can assure you both books are quite good. 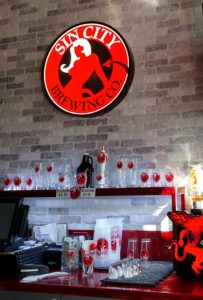 What is your favorite first line?

Am I the only one who was worried about Guns N’ Roses?