Why are deadly animals part of the Olympics?

I am afraid of horses, bees, and mean dogs. All of these fears are based on either a real or perceived threat to my life.

The reason I fear bees is simple. I have been stung a few times in my life, luckily without much impact. But as I have grown older, and my allergies have mounted, I have become more susceptible to reactions. I was stung at a picnic a few years ago and wound up in the emergency room. The doctor warned that my 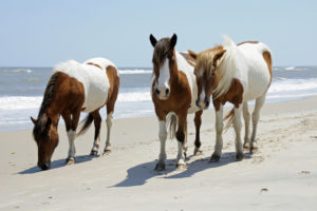 reactions would get worse. I don’t carry an EpiPen. Therefore, I never really  know if the next sting will kill me.

I am afraid of mean dogs because they can be vicious without cause or provocation (much like bees in that regard). I’ve only had a few run-ins with mean dogs and I’ve always managed to escape without major injury, aside from the mental anguish.

Horses on the other hand have never harmed me or attempted to harm me. They seem gentle and friendly. I have fed them carrots and sugar cubes without incident. I have ridden them on a couple occasions and have suffered nothing more than sore legs and a few bites from horse flies. I did however observe a horse being broken. I was twelve. The experience scarred me for life. The farm hands that corralled her were the roughest and toughest men I had ever met. I watched in horror as this horse destroyed them. Tossed them in the air, charged them, bit them. There was blood. There were broken bones. There were hideous shrieks of horror coming from both the horse and the men who tempted to ride her. I would never feed a horse a sugar cube again. They can’t be trusted.

I came across the statistic that horses are the deadliest animal on the planet. Sharks kill one person a year on average. Horses kill around 100 people in the US every year. Why? Because they are too big and potentially dangerous to be pets. They kill people without even meaning to. They get spooked and flip people airborne, breaking spines and fracturing skulls. They step on people. They crush people against solid object like barn doors and corrals, and yes, occasionally they attack.

One of the most terrifying experiences I have ever had occurred on a family vacation when I was out-voted and it was determined that we would visit Assateague Island, an Island in Maryland that is populated with wild horses. It was like Jurassic Park for me. One literally approached the car I was driving and fogged the driver’s side window with its breath. Never again.

Random Musings from the week: