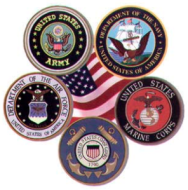 “Hours before the deadly desert sun rose above the low hills in the east, Clayton Unser walked over to one of the Valdez prison guard to ask a few questions. The moon had been full, bright enough to cast shadows, and the guard wore NVG’s (Night Vision Goggles), but Clayton made sure the man heard him coming. No reason to startle anyone in the dark when they’re holding an AR-15 assault rifle and wearing a .45 Colt Commander in a hip-holster. Clayton raised his hands palms up as a sign of reassurance, not surrender, and to make it an easy reach for the 9mm Glock 17 in his shoulder rig in case things got dicey.”

I immediately sense that Clayton is a bad-ass. If I ever need a bodyguard, I will look for someone exactly like Clayton. I may even pay him more if he will let me call him Clayton. Clayton has some skills that you can’t learn in books. Clayton is cool. Clayton is also someone I don’t ever want to anger.

The Vampire of Rome, Lincoln Farish

“Waking up on the scratchy, bare concrete floor of an underground cell beneath the Vatican in a puddle of my own saliva wasn’t the worst thing that had happened to me that day. Father Guillermo was the nicest torturer one could ever imagine.”

What could possibly be worse than waking up in a cell? In the Vatican? In a puddle of spit? Oh… torture. Got it. This is book four of the Inquisitor Series. If you haven’t already met Brother Sebastian, you need to fix that. Check out my full review of Book One.

The Things They Carried, Tim O’Brien

“First Lieutenant Jimmy Cross carried letters from a girl named Martha, a junior at Mount Sebastian College in New Jersey. They were not love letters, but Lieutenant Cross was hoping, so he kept them folded in plastic at the bottom of his rucksack.” 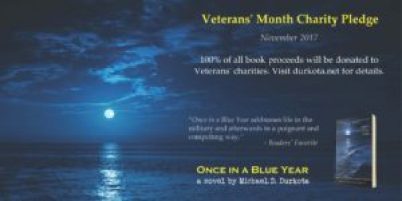 Top 5 Signs You are in Vegas