I have infrequently posted and tweeted about my growing contempt for The Walking Dead. This will be the final such post. I will watch the finale this weekend, but I will spare the critique. I am considering it a wake – you never want to say anything bad about the deceased. And The Walking Dead is now dead to me. I have listened to all the excuses and explanations, but I have finally decided that the show is just terrible. It is 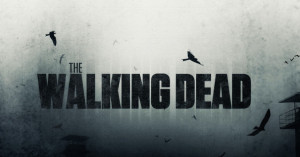 terribly written. It is terribly directed. And there are terrible acting performances. There is no longer any redeemable quality to this show whatsoever. I have grown weary of the pointless and illogical plot twists. There were moments of potential, but the lack of creativity was astounding: wasted characters, insipid dialogue, and irrational choices. The zombies have become my favorite character.  I wish them well.

Other random musings from last week: