What is your favorite first line?

I enjoy analyzing first lines. They open doors to new worlds. They introduce characters. They establish narrators. They set the time and tone of the story. Here are just a few of my favorites. 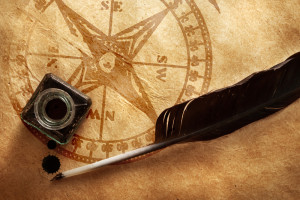 “This is a story a young girl gathers in a car during the early hours of the morning.”

—Michael Ondaatje, In the Skin of a Lion

“He was an old man who fished alone in a skiff in the Gulf Stream and he had gone eighty-four days now without taking a fish.”

—Ernest Hemingway, The Old Man and the Sea

“Lolita, light of my life, fire of my loins.”

—Tim O’Brien, The Thing They Carried

“You’ll probably think I’m making a lot of this up just to make me sound better than I really am or smarter or even luckier but I’m not.”

—Russell Banks, Rule of the Bone

“When Lauren was a small girl, she would stand in the Kansan fields and call the cats.”

—J. D. Salinger, The Catcher in the Rye

Last, but not least…

“For the most wild yet most homely narrative which I am about to pen, I neither expect nor solicit belief.”

22 of the Best Single Sentences on Writing